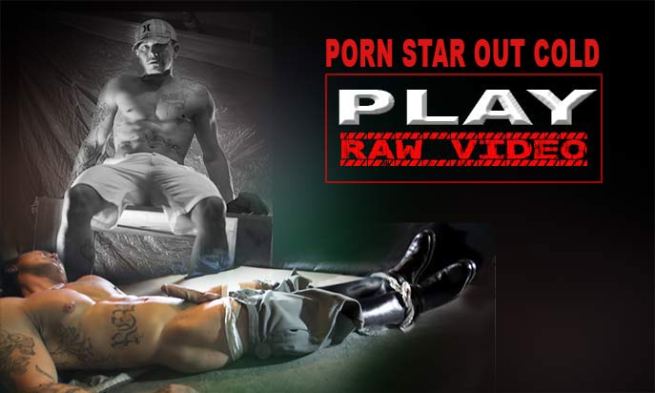 END_OF_DOCUMENT_TOKEN_TO_BE_REPLACED

A pair of cocky NAZI Junior Officers are offered free (spiked) beers by friendly old innkeeper who makes sure they drink up by offering toast after toast to their “Magnificent Fighting Spirit”. Before they drain their bottles, they’ve pass out cold. He strips both young men and suspends them from the ceiling in the Inn’s basement for inspection by potential buyers. (You’ll never guess what they’re into!)
The officers’ uniforms, plus two pairs of spit shined boots
(one with silver spurs attached) are offered for sale separately.

This is always my favorite series. I personally got turned on a lot because the actors are super handsome and their shiny tall smooth leather riding boots.

END_OF_DOCUMENT_TOKEN_TO_BE_REPLACED

Rookie motor cop was supposed to be just an errand boy making collections for the mob,    but the vigilantes had another mission in mind for him. 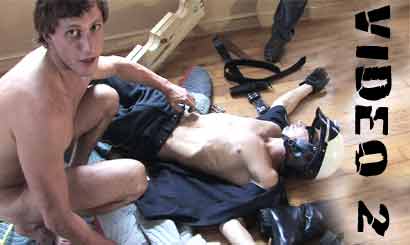 Want Full Length video and stills, click “Continue Reading” if you are 18+.

END_OF_DOCUMENT_TOKEN_TO_BE_REPLACED

To be honest, I have never been a big bot wearer. My passion for boots was limited on watching beautiful women in beautiful boots. But running our page has raised a question. Is there a fashion for men with boots, which is not connected to functional wear (rubber boots, working boots) nor copied from women’s wear? A fashion that puts men’s aesthetic to the front? There is, but it has not become really popular yet. This is our suggestion for men’s fashion winter/fall 2006. You may have already noticed, that this outfit is very manly and a bit menacingly. The boots have steel toe caps and reach up to the knee. As soon as you put them on, your way of walking changes immediately. Your steps become big, proud and heavy automatically. END_OF_DOCUMENT_TOKEN_TO_BE_REPLACED

A few weeks ago I posted a thread called “Boot Psychology.” I was really pleased to see the great response, and enjoyed reading about all of the personal preferences we have when it comes to boots. I mentioned that my favorite boot was a tall, preferably Wesco engineer boot. Well, this is what happened a few weeks ago at LaGuardia Airport.

I had just gotten out of a cab and was treated to the sight of a hot pair of what I thought were Wesco engineers on a great looking guy, standing outside the same door I was going through to check in for a flight. As he took a last drag on his Marlboro, he caught me grabbing a look at his boots. We exchanged smiles, and I kept on going, trying to keep my heart from skipping a beat. I checked in, got through security and found my way to the waiting area for my flight. Five minutes later, here comes boot man, who takes a seat not far from me. There weren’t that many people in the area, and since he didn’t seem to be uncomfortable with me looking at his boots, I struck up a conversation. “Are those Wescos?” “Yup. You know your boots,” he says. Well, I have about 45 pair, including several pair of Wescos.” “Really?” “Sure do.”

Silence for a bit, until I finally get the courage to ask, “Do you mind if I snap a picture of them with my phone camera?” I thought the best I might be offered would be his boot encased foot. But lo and behold, he pulls up his jeans to reveal a beautiful three buckle Wesco engineer. Beautiful. Just beautiful!

I forgot to mention that I ended up sitting in the row behind the guy on the aisle. More than once I dropped something just to get a closer look at his boots. It was one time I was happy for a long flight.

I wanted to share this true story and the actual pic with all of you guys. I know that you’ll appreciate it.
END_OF_DOCUMENT_TOKEN_TO_BE_REPLACED