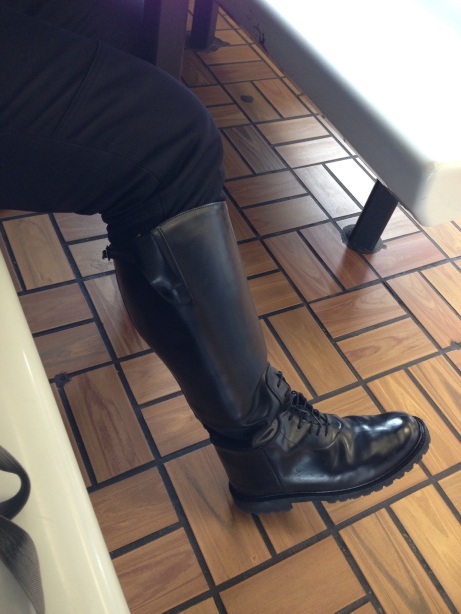 Today I suddenly had a feeling I want to go to McDonald’s for brunch.  I was thinking just grab and go via drive thru. But then I saw a nice Harley Davidson motorcycle with “Police” on it. I parked right next to it. And I ran inside as fast as possible and I spotted there is a motorcycle cop with his tall cop boots on sitting alone at a corner. It is really rare to see motorcycle cops in Seattle and especially they have their boots on. So I went right to my car to grab my stuffs so I could pretend I was studying while checking out his boots. This is my lucky day I thought. Good thing I had my Dr.martens 20 holes boots with me. I was thinking this would be the first time I am wearing a pair of knee high boots with a booted cop. END_OF_DOCUMENT_TOKEN_TO_BE_REPLACED 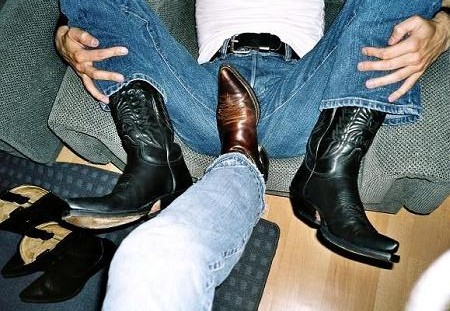 A guy’s feet, boots and ball-busting. They’ve been a natural combination that have turned
me on ever since I was a kid. I was lucky enough to grow up in a rural area where a lot of
the boys in my school wore cowboy boots, or ocassionally harness boots. I remember that
a lot of these guys also took perverse pleasure in “using” them. I would feel an
unexplained tingling in my adolescent groin whenever I would hear one of them regailing
their friends with fight stories that would include “…and then I nailed him right in the
NUTS with my BOOTS.” There would often be a wicked smile on their face as they
emphasized the words “nuts” and “boots”, and if I was lucky, they would lift their boot up
and rock it at the ankle and maybe flex their toes, to display their weapon of choice. The
story would continue with something like “…and he was on the ground screamin’, and I
was laughing.” I can’t explain it, as someone who is a peacenik at heart, but that kind of
sadistic, male-on-male cruelty, when you UNDERSTAND the pain you are inflicting, is a
real turn-on.

END_OF_DOCUMENT_TOKEN_TO_BE_REPLACED

Someone search “why do i have a boot fetish?” on google and went on my blog. 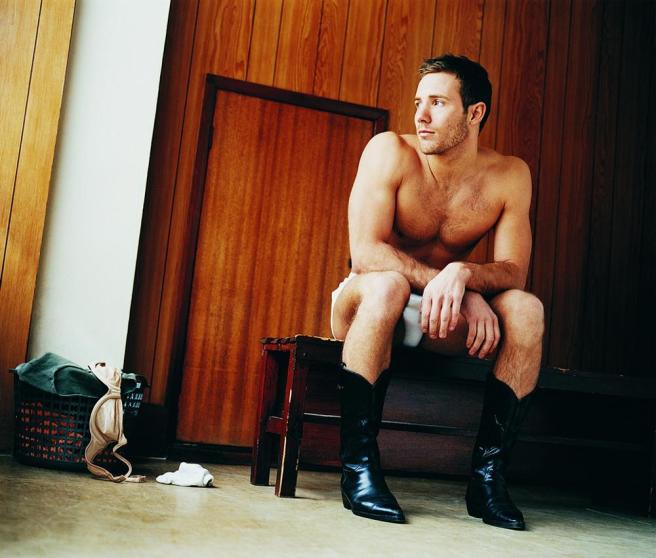 My answer: I really don’t know. But I want to share why I have a boot fetish as a young age. For my case, I had a boot fetish at a very young age. From kindergarten, I really like one of my female teacher’s 14 holes Dr.martens boots. As I growing up, I love watching my middle school math teacher’s flat zip mid calf boots, and also my tutor’s tall engineer boots. Yes! They are all female. I always dream about one day I can wear boots like them. I asked my mom to buy my boots, and she bought me a few pairs, Timberland, Dr.martens, and some engineer boots. In recess, we needed to line up to class, I was cool enough tuck my pants into my boots and walked with everyone. I did not know how I do it, but maybe I just did not know what the gender identity, I was able to anything I want which it is fun.

I always dreamed about I will go to a shoe store and buy some knee high boots and then go to cobbler and ask them to cut the heels off so I can wear them too. Do I like women’s boots? No, after I found out there is a big selection for guy’s boots. And I guess I just don’t like heels much.

As I get older, I know more about boots. END_OF_DOCUMENT_TOKEN_TO_BE_REPLACED 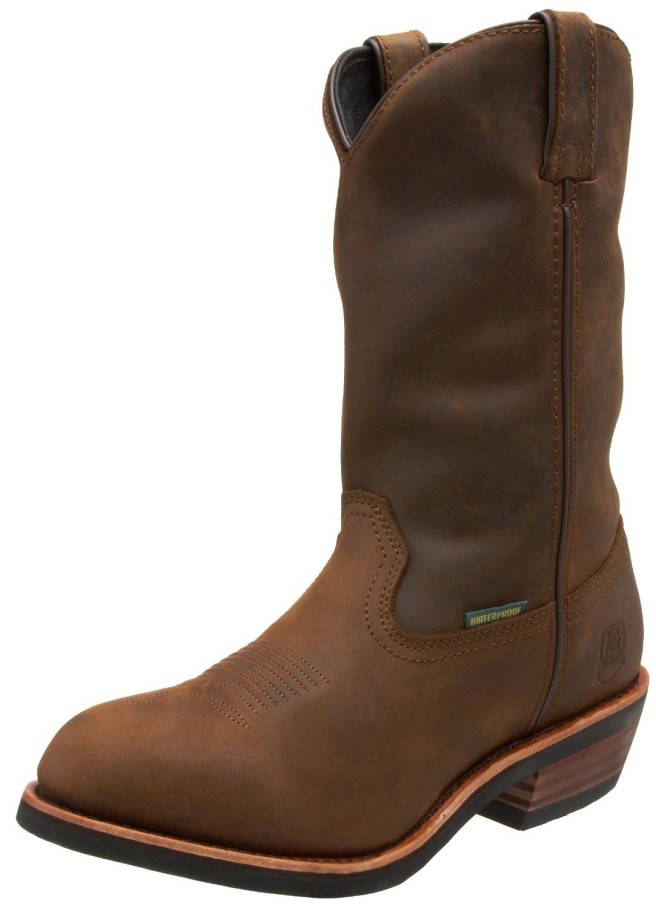 Last night, I was in Odegaard library in University

Of Washington, until 6 am in the morning and I saw a mid 20 years old guy wearing cowboy boots on the first floor next to the men’s restroom. I remembered I saw him before and walked around him few times in daytime, to take a good look of his boots. I really like his boots. He was using a laptop doing some project, and he was sitting there alone the whole night. I studied a little bit, then I was trying to approach him. However, I am so scared because I never do this in my life. His boots shaft hiding under jeans really attracted me and I really wanted to know what brand are they. At 4 am, I went back upstairs and look up in the zappos.com. I found few pairs of boots that look alike to his. I was going back and forward the stairs to get enough courage to talk to him. After 10 minutes, I stopped thinking what he would think of me and I just bought my laptop with me and asked him where did he get his boots. He didn’t feel weird. And he was so passion with his boots. He even took off his boots to look at the brand of his boots. He really liked his boots and he kept described his boots to me. They are made by Dan Post. It called Dan Post waterproof boots. They are 10 inches. He wears them everyday. He said the boots are really good for the weather in Seattle. (because it’s rain a lot!)  They are very broken in and comfy for him. He went to military so he used to wear boots. His wife doesn’t like him take time to lace up his boots everyday. Then he tried to wear sneakers. But he did not like it, so he bought a pair of these cowboy boots in somewhere south of Seattle. It was a great conversations. He was really passion about his boots. He did not tell me his name, neither I. But I know that I want to be him wearing boots every single day in my life.

sadly, no one replied. I guess this is not a good booted story. One time I saw him walking back home at night and I stalked him and I found out he lived in the greek houses area.

A few weeks ago I posted a thread called “Boot Psychology.” I was really pleased to see the great response, and enjoyed reading about all of the personal preferences we have when it comes to boots. I mentioned that my favorite boot was a tall, preferably Wesco engineer boot. Well, this is what happened a few weeks ago at LaGuardia Airport.

I had just gotten out of a cab and was treated to the sight of a hot pair of what I thought were Wesco engineers on a great looking guy, standing outside the same door I was going through to check in for a flight. As he took a last drag on his Marlboro, he caught me grabbing a look at his boots. We exchanged smiles, and I kept on going, trying to keep my heart from skipping a beat. I checked in, got through security and found my way to the waiting area for my flight. Five minutes later, here comes boot man, who takes a seat not far from me. There weren’t that many people in the area, and since he didn’t seem to be uncomfortable with me looking at his boots, I struck up a conversation. “Are those Wescos?” “Yup. You know your boots,” he says. Well, I have about 45 pair, including several pair of Wescos.” “Really?” “Sure do.”

Silence for a bit, until I finally get the courage to ask, “Do you mind if I snap a picture of them with my phone camera?” I thought the best I might be offered would be his boot encased foot. But lo and behold, he pulls up his jeans to reveal a beautiful three buckle Wesco engineer. Beautiful. Just beautiful!

I forgot to mention that I ended up sitting in the row behind the guy on the aisle. More than once I dropped something just to get a closer look at his boots. It was one time I was happy for a long flight.

I wanted to share this true story and the actual pic with all of you guys. I know that you’ll appreciate it.
END_OF_DOCUMENT_TOKEN_TO_BE_REPLACED